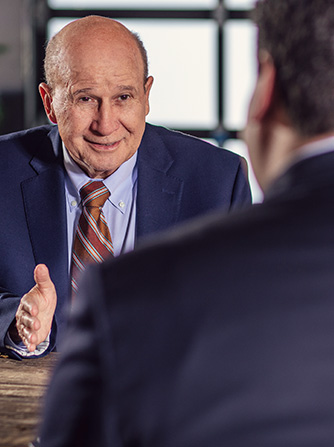 Many Kentucky resident veterans and their family members who served, worked, and lived at Marine Corp Base Camp Lejeune in North Carolina, as well as other civilians working on base, are now eligible for long-overdue compensation for illnesses stemming from exposure to contaminated water. If you or a loved one developed cancer or other serious medical conditions and served, lived or worked at Camp Lejeune at any time between August 1953 and December 1987, your injuries may qualify as presumptive conditions under the expanded VA PACT ACT of 2022, entitling you to compensation. The skilled attorneys at Gary C. Johnson P.S.C can help you understand your rights and file for compensation under the Justice for Camp Lejeune Act.

What is the Justice for Camp Lejeune Act?

Until now, most victims of the contaminated water at Marine Corp Base Camp Lejeune in Jacksonville, North Carolina haven’t received compensation for their medical expenses, lost earnings, or pain and suffering. Previously, North Carolina’s Statute of Repose required victims of personal injuries to file lawsuits within 6 years of the incident understood to have caused the injury. In the case of many cancers and other illnesses related to toxic exposures, the development of symptoms can occur many years after the exposure, preventing injured veterans from filing lawsuits within the legal time frame.

Now, individuals who suffered serious illnesses are finally eligible for compensation as part of the PACT ACT of 2022. This new legislation by the Biden Administration expands eligibility for benefits and financial compensation by including the cancers and other illnesses suffered by individuals exposed to toxins at Camp Lejeune on a list of presumptive illnesses. In addition to presumptive illnesses, many others are being investigated because of the possible link to the contaminated water.

Discovery of Water Contamination at Marine Base Corp Camp Lejeune

The 224-mile perimeter of Marine Base Corp Camp Lejeune provided the ideal location for training and deploying thousands of service members through multiple wars including World War II, Korea, Vietnam, Iraq, and Afghanistan. It’s been a busy, thriving training facility since its construction began in 1941. The initial 110,000 acres of land purchased by the Department of the Navy was well-suited for the much-needed amphibious training facility on the U.S. East Coast during World War II. With miles of beaches and two nearby ports for deployment at Morehead City and Wilmington, the logistics of the base are top-notch for training.

In October of 1980, military chemists began testing water at the camp to prepare for new regulations by the EPA. The initial findings indicated “heavy organic interference” from the Hadnot Point water system and specified that the samples contained toxic solvents. In 1981, testing at a second water treatment site at Terrawa Terrace revealed similar findings linked to nearby underground chemical storage tanks, resulting only in the closure of a single well near a rifle range at the camp. After escalating warnings, Grainger Laboratories performed separate tests on the water at Camp Lejeune and found shocking results. The lab found Volatile Organic Compounds from solvents at 3,000 times the level considered acceptable for human consumption in the water at the camp and two heavily populated living areas nearby. It wasn’t until news of the contamination went public in 1984 that the Marine Corp finally reacted by closing 10 wells by 1985.

Scientists estimate that the contamination began in the 1950s and cited a nearby dry cleaning business with an inadequate waste management system for contaminating one water treatment system, while leaking underground storage tanks contaminated the second water treatment plant. This resulted in decades of military personnel and their families drinking, cooking, and bathing in what many believe was the most contaminated water in United States history.

What Was in the Water at Camp Lejeune?

Tests taken on site at Camp Lejeune revealed dangerously high levels of organic solvents, including tricholorethylene (TCE) and perchloroethylene (PCE). TCE has long been classified as a carcinogen while PCE is still considered a likely carcinogen with proven ill-effects on the human nervous system. Tests also showed high levels of the toxic chemicals, Benzene and Vinyl Chloride in the water. Benzene is linked to leukemia and non-Hodgkin’s lymphoma while Vinyl Chloride is linked to liver cancer.

What Illnesses Are Now Presumptively Linked to Contaminated Water at Camp Lejeune?

If you or a loved one served, worked, or lived at Camp Lejeune for 30 or more cumulative days between August 1953 and December 1987 and suffered one of the following diseases, your illness is presumed as linked to water contamination at Camp Lejeune, making you eligible for compensation:

Other cancers and illnesses may also qualify you for compensation including:

Filing a Claim Under the Justice for Camp Lejeune Act

For current military members, retired service members, affected family members, and loved ones of affected individuals currently living in Kentucky, you may qualify for healthcare benefits as well as the monetary compensation you’re due for medical expenses, lost wages, and suffering if you were exposed to the contaminated water at Camp Lejeune for 30 cumulative days between August 1953 and December 1987.

A qualified attorney can help you navigate through the requirements to file your claim and finally receive the justice you deserve for injuries sustained during time spent at Camp Lejeune.